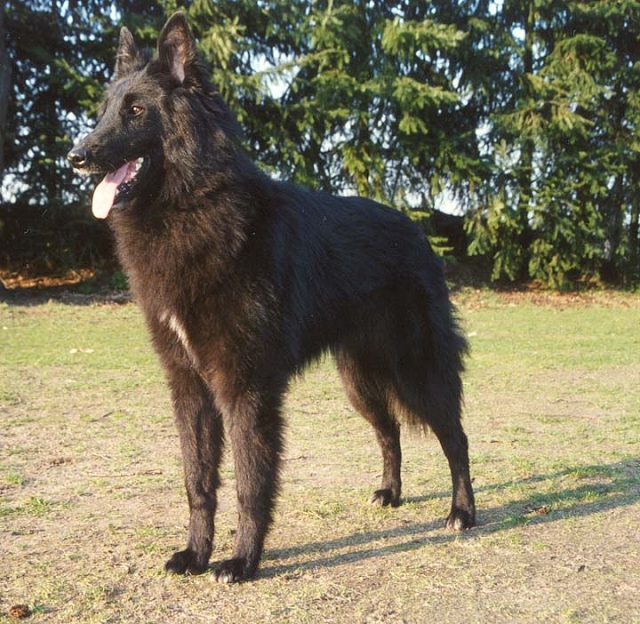 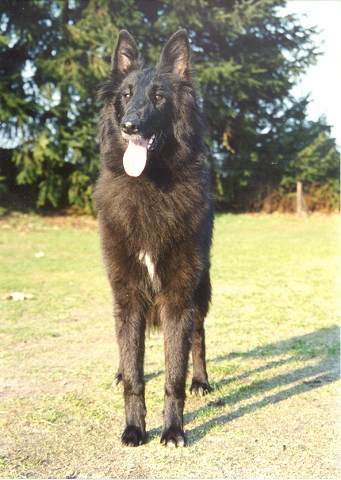 Ezri is a large, but elegant built female. Ezri is one of the few Groenendael female from working lines that also got excellent as show qualification. Ezri has a strong preydrive and is very fast. Ezri loves action, but when nothing is happening Ezri is calm too.
Ezri is an independent dog. Manwork and training obstacles as the ladder, jumps are her favorite. She is very good in obedience but gets bored fast.
Ezri loves meeting new people and new surroundings. New people can''t leave without petting her and she tries to sit on your lap if she has the change. Travelling to the big city, taking the subway, taking the escalator are super for Ezri. Everything that is new is fun and done without any reservation.
In 2007 and 2010 Ezri had a litter. The litter in 2010 was also her last litter. She is a very good mother, loving but also giving her children boundaries. She gave her good character to her children. Till now two of them have passed the NVBH mental test with highest possible scores. Her son Space also passed the Swedisch MH test with excellent scores.
Ezri is retired now. Ezri trained IPO, G&G and Reddingshond.Her biggest achievement is passing the IPO3 examen as one of the very few Groenendael female.